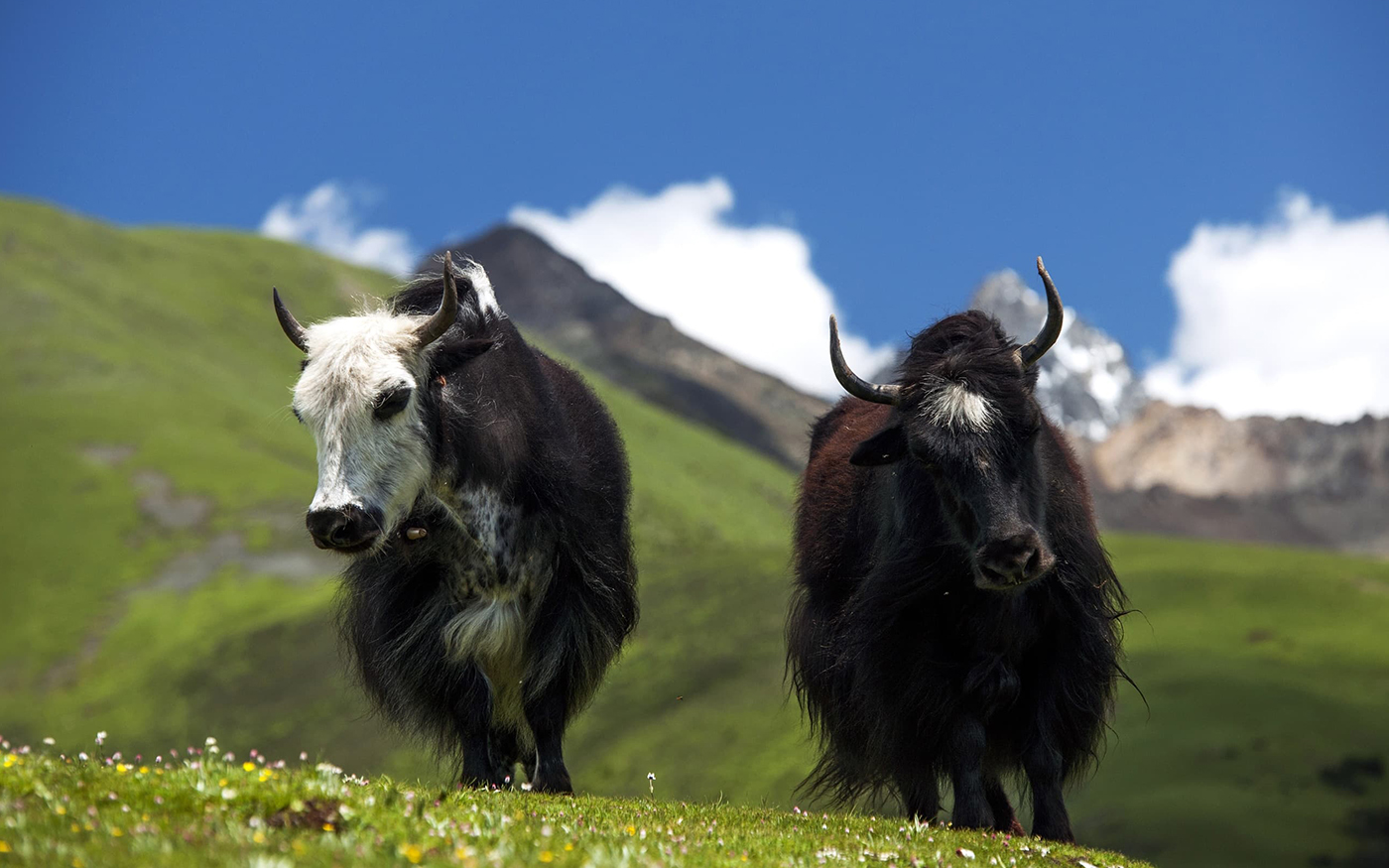 This three day Bumthang Owl Trek around Bumthang offers both fantastic views of an unspoiled natural environment endowed with a diverse array of flora and fauna as well as an opportunity to visit ancient Buddhist temples and monasteries. This trek is called called as Bumthang Cultural Trek.

The trail takes you though forests of blue pine, birch, maple, spruce, juniper, bamboo and a beautiful, rugged landscape draped in countless varieties of rhododendrons. As you walk along the tranquil ridges and mountains of Bumthang you will be treated to unparalleled views of Mt. Gangkar Puensum, the highest unclimbed peak in the world. There is an abundance of avian wildlife in this area and pheasants such as the beautiful Himalayan Tragopan are a common sight around April-May.

One of the best times to undertake this trek is in late spring, between April and early June when the rhododendrons are in full bloom. When trekking through this area in autumn there is a possibility of encountering Himalayan Black bears so caution should be exercised. If it is possible to schedule your trek during one of the local festivals you will be able to enjoy additional insight into the traditions and culture of this region.

The Bumthang Owl Trek starts from Manchugang and takes you to Dhur village (2900m). The inhabitants of the village are the nomadic Kheps and Brokpas. This village has two distinct dialects, the Bumthang Kha and the Brokke a language spoken by the nomads. Near the river is a traditional water-driven flour mill which used to be a source of livelihood for the people of Dhur village. The trek resumes with an uphill climb through blue pine forests towards the campsite at Schonath (3450m) which is covered in hemlock and juniper trees. The otherwise silent nights are punctuated with the hooting of owls, hence the name ‘The Owl Trek’.

The second day of Bhutan Owl Trek is mainly through lush forests of hemlock, fir, spruce and many species of rhododendrons which are in full bloom during the months of April and May. The trail also takes you through the forests of bamboo which is the main undergrowth in this area.

After few hours of walking you will arrive at the Drangela Pass (3600m). Climbing up the Kitiphu ridge brings you to the campsite for the night at an altitude of about 3870m. From this point you can have a fresh view of snow capped mountains and valleys underneath. This is also when you can view the mount Gangkarpunsum (7541m), the highest unclimbed peak in the world.

On day three you descend towards the monasteries of Zambhalha, Chuedak and Tharpaling. Chuedak monastery has 100 Avoloketeshvaras in the form of Chukchizhey (eleven heads) where you may pray for yourself and all living beings.

Towards the afternoon the trek will take you along the ridge of Kikila and following the traditional trek route between Trongsa and Bumthang (the Royal Heritage Trail) through scenic hills and forests. Finally you will have the best view of Jakar Dzong and come to end of the trek at Bumthang.

The following equipment are provided