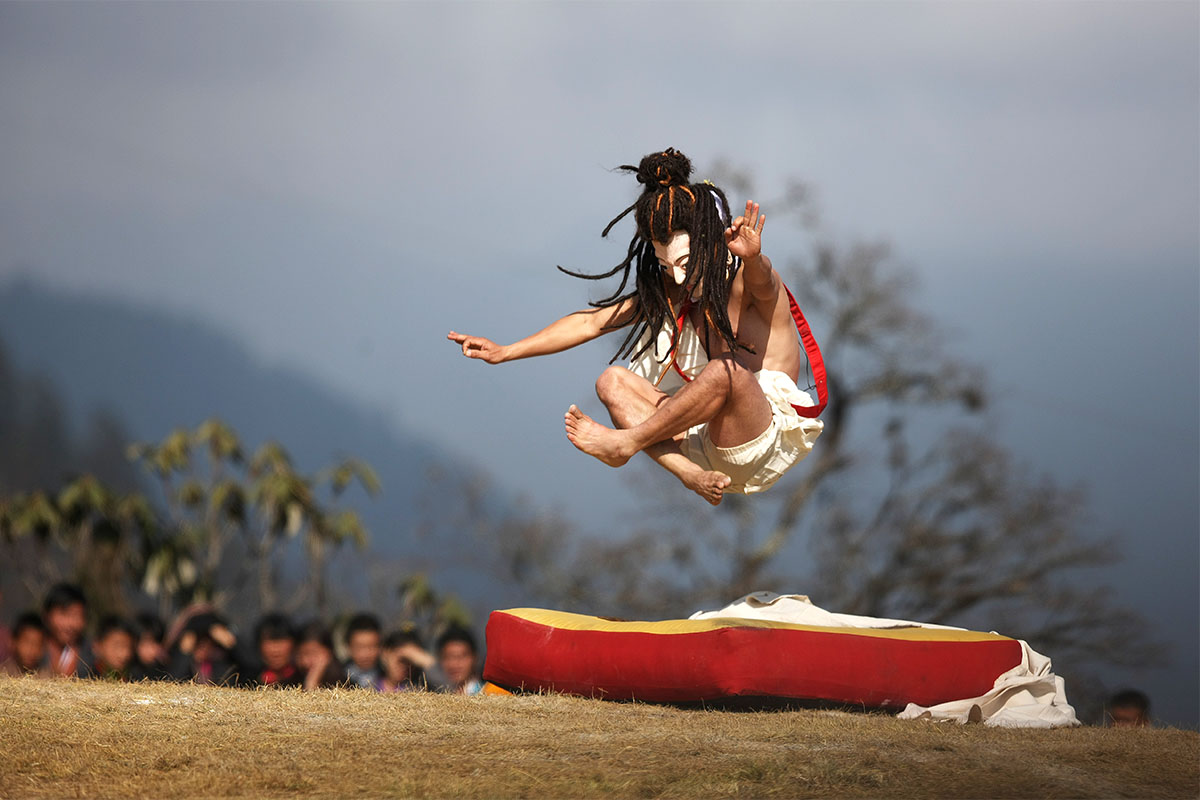 The Druk Wangyel Tshechu is a unique festival performed by the Royal Bhutan Army rather than monks or lay people. It is a tribute to the wise leadership of His Majesty Jigme Singye Wangchuck, the Fourth King of Bhutan. It also celebrates the continuous efforts of the Royal Bhutan Army in protecting the sovereignty and the stability of the country. This one-of-a-kind tshechu is performed at the festival round near Dochula Pass, against the backdrop of the magnificent Jigme Singye Wangchuck mountain range.